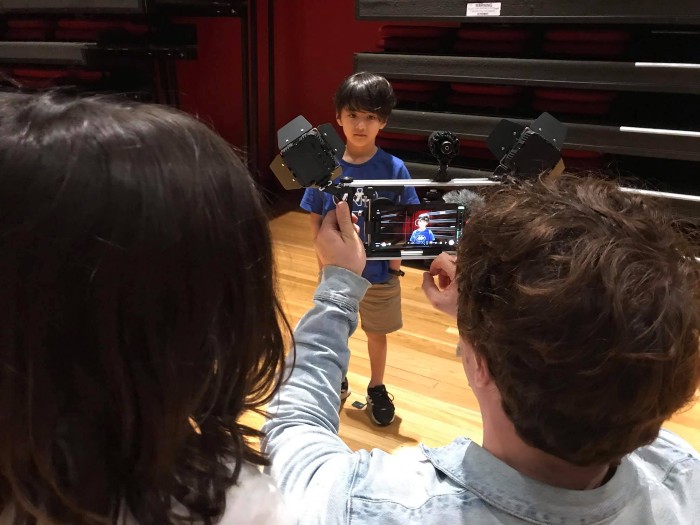 Springfield’s Brenton McNally is one of the Queenslanders joining this year’s SmartFone Flick Fest (SF3), Australia’s international smartphone film festival for filmmakers of all ages. The festival returns for the seventh year in November and has extended the deadline for entries until September 2021.

McNally, a Principal Business Analyst for the Department of Child Safety, Youth and Women in Brisbane, entered the #FILMBREAKER Award for debut film-makers. He joins fellow Queenslanders Van Ginkel (Coolum Beach) and Rob Layton (Tallebudgera) as participants for the adults category whilst Everton Hills’ Phoenix Montgomert-Brown of Everton Hills aspires to win in the SF3 Kids category.

Participants will be given until 1 September 2021 to submit entries in one of the five different categories: Gala for shorts up to 20 mins; SF3 Kids for filmmakers 16 and under; SF360 for virtual reality and 3D/360 degree films; SF3 for films 40 minutes and longer; and SF3 Mini for films 3 mins or less on the theme of “RISE.”

“We know some of the world is in lockdown right now (us here in Sydney), and things change day to day SO we have given you an extra month to pick up your phones and tablets and make a film for us!” SF3 announced.

In 2020, the festival had a mix of online and live screenings due to the pandemic. This year, it will likely be the same. Screenings for SF3 Kids, Feature Film, and the new SF3 Mini will take place at the Actors Centre Australia in Leichhardt on 28 November whilst the Gala Awards Final will be held at Chauvel Cinema Paddington on 27 November.

There will be more than 30 awards to be given this year, including the #FILMBREAKER award for first-time filmmakers, Best Female Creative, Best Feature Film, two SF3 Kids Best Film awards (Teen and Junior/Primary) plus three new ‘gongs’: Best Documentary, Best Editing and the SF3 Luma Touch, Finished on Mobile Award – for a film that is both shot and edited on a smartphone or tablet.

There are over $40,000 in prizes, including mentorships, classes, memberships, apps, lenses, mics, phones and tablets to be given this year. To join and for full details of each category, visit www.sf3.com.au.