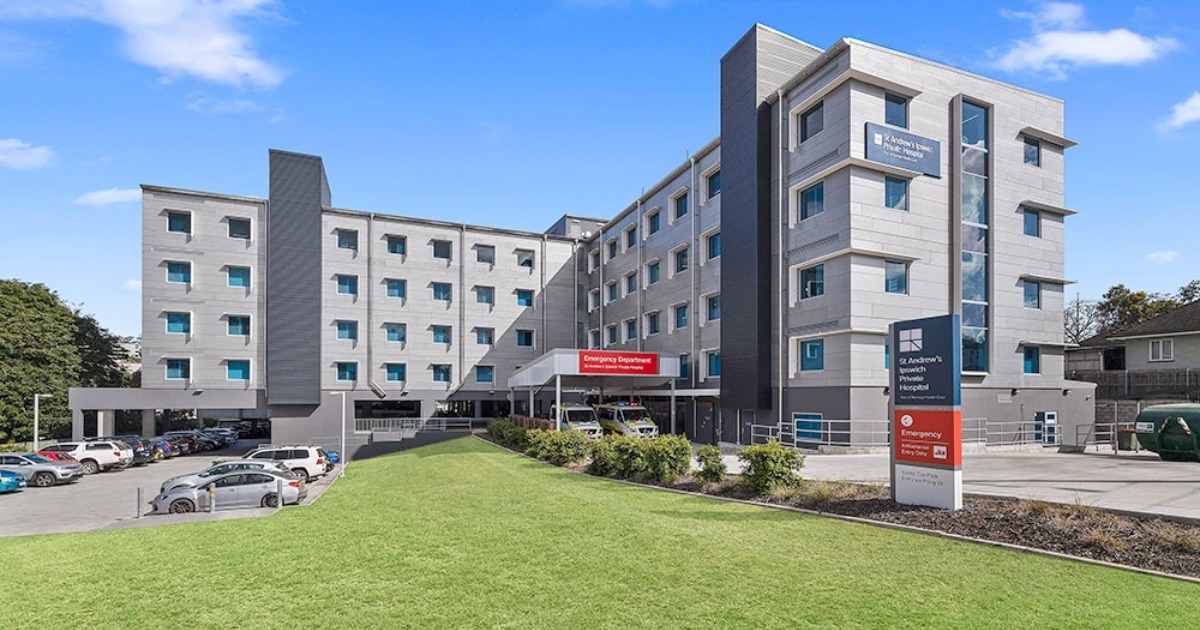 Ramsay Health Care, the current owners of St Andrew’s Ipswich Private Hospital, has invested $40.5 million for the expansion, which will include an extra 39 beds, an expansion from 12 to 20 chairs for the renal dialysis unit, two new operating theatres, an expanded radiology practice, and expanded day rehabilitation space.

“We are so excited to announce this expansion because Ipswich is one of the fastest-growing areas in Australia so it makes sense that residents should be able to access the full suite of medical care close to home,” said the hospital’s Chief Executive Officer Claire Thurwood.

“As well as expanding our private health care offerings, this project also allows us to broaden our renal dialysis unit for public patients, which means we can further support the West Moreton Health Service by almost doubling the number of patients treated for kidney disease,” Ms Thurwood said.

Just three years ago, the hospital increased the capacity of the hospital from 97 to 178 beds, launching a new front entrance, multi-deck car park, and new private rooms.

Meanwhile, construction on the new development is set to begin in late 2021 and is due for completion in June 2023.