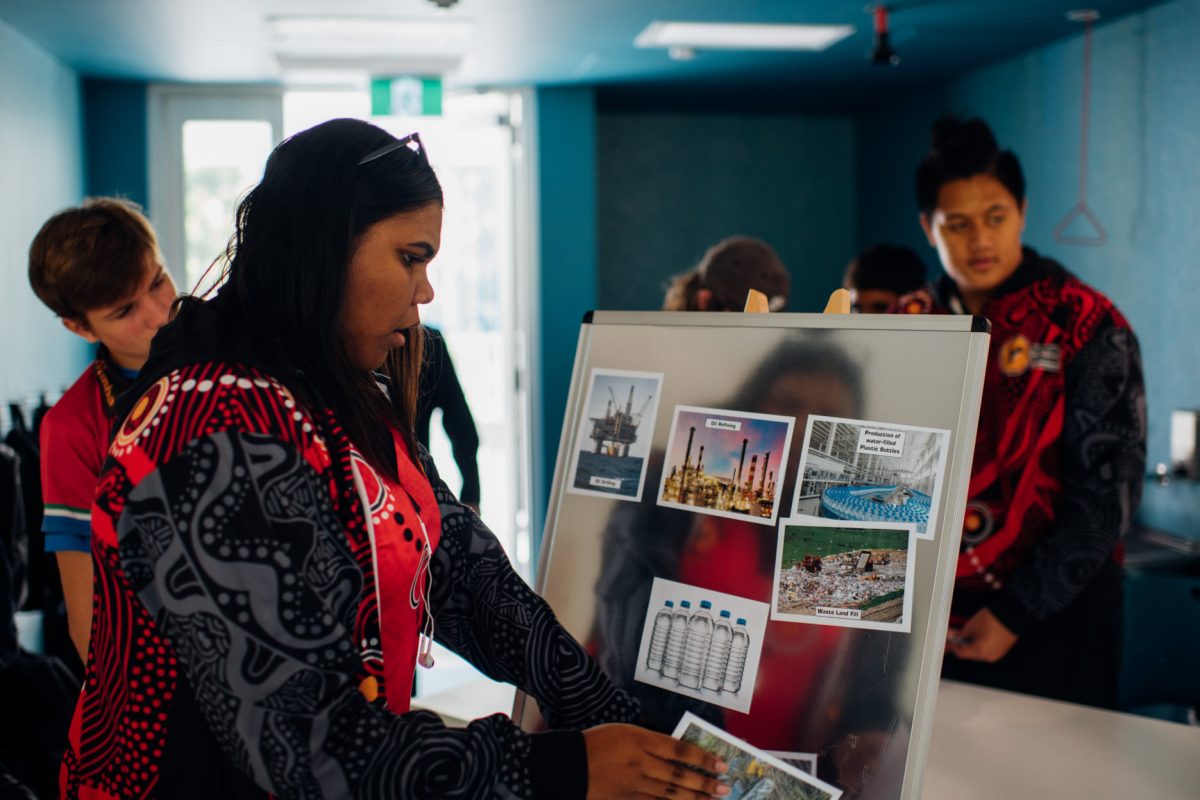 Hymba Yumba Independent School, a Springfield indigenous school, was the site of the national unveiling of the Stellar STEM Program for 14 schools in Springfield, Ipswich, Logan and Brisbane. The program is a project of PFI Aerospace Richland.

PFI Aerospace general manager Megan Badger and her team were at the school on 19 April 2021 to guide the students on how to make a Hybrid rocket motor, which was then ignited at the school grounds. The event became a symbolic “launchpad” for female students to consider pursuing a passion for STEM.

Also present during the launch were Dr Kaye Spark (Ph.D. soil science, environmental science, research scientist) and Harriet Angus (mechanical engineer) who answered questions from the students as they presented a hands-on workshop.

The students said that they thought it was cool and empowering to see women in science demonstrating how to build a functioning rocket.

Principal Peter Foster said that Hymba Yumba Independent School’s female population consists of 140 jarjums (Aboriginal word for children) from a total of 280 students. Mr Forster welcomed the program as the girls could learn from the best at STEM. The principal also said that he hopes to see more female jarjums enjoying science and expressing an interest in a science-based career when they graduate from school.

Incidentally, Hymba Yumba Independent School moved into its new $3.5 million science, technology, engineering, arts and mathematics building in February 2021, which has been the centre of learning for the jarjums.