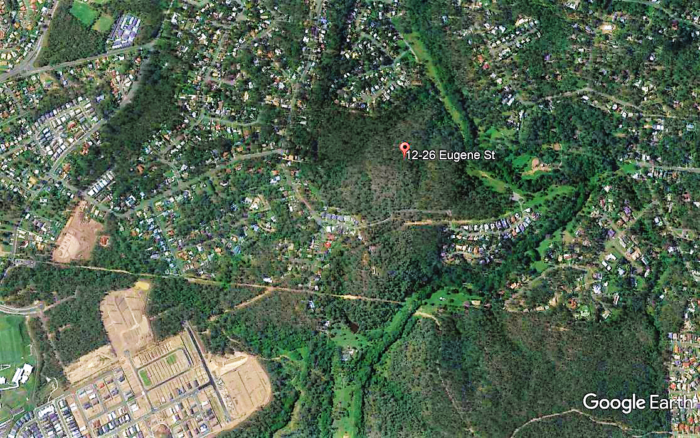 Concerned residents of Bellbird Park opposing the proposed development on Eugene Street are maintaining their stance as developers appeal the Council’s decision to refuse the development application.

Days after residents had an audience with then-mayor Andrew Antoniolli and Cr David Morrison to express their strong opposition to the proposed development at 12-26 Eugene Street in Bellbird Park, on which the developers want to build more than 300 houses, the Council announced on 17 April 2018 that the application has been officially refused.

Applicant CB Developments Pty Ltd, however, has appealed the Council’s decision in the Planning and Environment Court.

On 1 Mar, a review hearing on the appeal was held and will resume on 18 April to set the 10-day trial dates. Residents are now as determined as ever to stop the development and are asking the rest of Ipswich to stand behind them in their cause.

“In its current form this application was always destined to be refused by council. It was atrocious, and ever since the application was lodged, I’ve had grave concerns about its implementation,” Cr Antoniolli said on his announcement.

“Lots were too small, green space wasn’t properly managed, and there were concerns about the natural habitat.

“While we appreciate that there needs to be controlled development in our city to accommodate SEQ’s population growth, it is critical that we maintain our lifestyle in the process,” Cr Antoniolli said.

The development will be constructed in 12 stages, on lots ranging from 300 sqm to 700 sqm, whereas a majority of surrounding homes are on acreage.

Residents were concerned that development of this magnitude would negatively impact the local wildlife, vegetation, and the overall character of the suburb.

Councillor Tully described the proposal as “the worst town planning application” he had seen in 39 years. He suggested that developers should donate the land instead to the people of Bellbird Park and Ipswich in perpetuity as an environmental park.

Among the reasons cited by the Council for the refusal include: