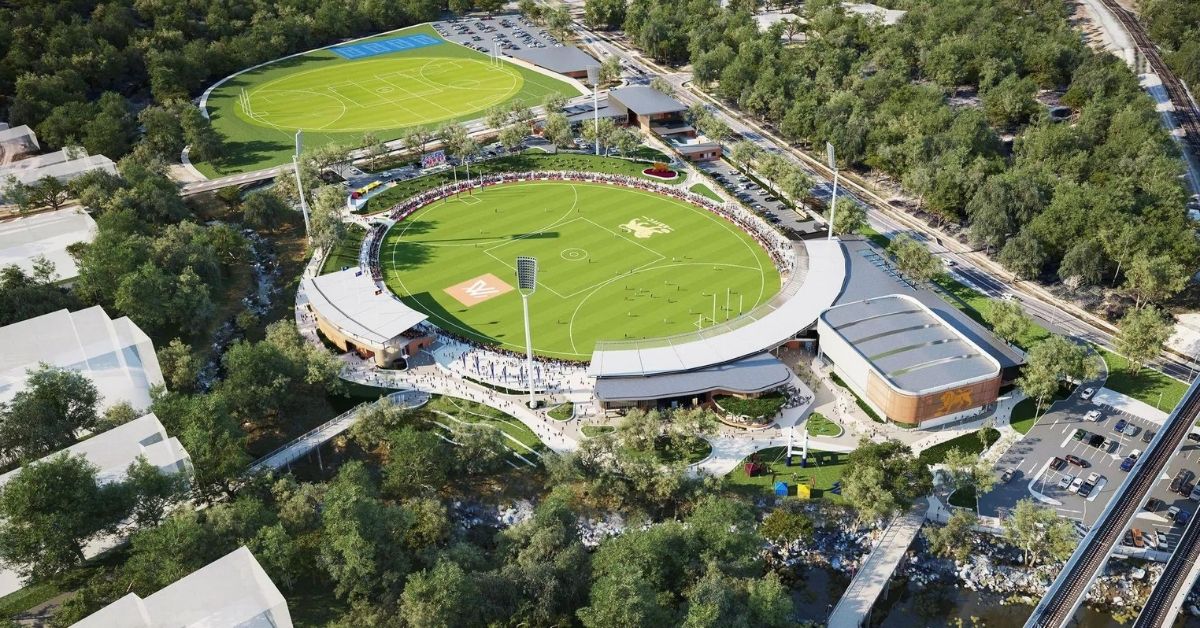 Did you know that the Brisbane Lions, the reigning AFLW premiers, will have a new home in Springfield Central? Construction has started for $70 million Brighton Homes Arena, opening opportunities for 187 tradies jobs and boosting the economy of Queensland.

Brighton Homes Arena, projected for completion in September 2022, will be a modern stadium that can accommodate over 10,000 spectators and 600 fans in the grandstand. The facilities will also include shaded and disabled seats, as well as other features — such as a gym, pool, childcare centre, and lawn for events — that will make this sports centre an all-year-round community hub.

As the new home of the Brisbane Lions, the arena will have a high-performance training and support centre with specially designed equal features for both the men’s and women’s team.

“It’s fantastic to see the construction team on-site and delivering jobs for tradies,” Member for Jordan Charis Mullen said. “We’ve always wanted to see access to this important sporting infrastructure investment shared with the whole community and that’s what we’ve achieved. It’s an important win for both women’s AFL and our community.”

Funding for Brighton Homes Arena was divided among the State Government ($18 million), the Federal Government ($15 million), the Brisbane Lions and the AFL ($10 million) and the Ipswich City Council ($20 million). Architects from Populous did the design that will be built by Hutchinson.

“We know this complex will inspire the next generation of young girls to chase their sporting goals,” State Sports Minister Stirling Hinchliffe said. “When girls and women have the infrastructure and coaching support they need to be their best, the sky’s the limit.”

“From community to elite football, Queensland is experiencing phenomenal growth in girls and young women playing AFL. Right now, 42 per cent of AFL players in Queensland are female, up by an impressive 331 per cent in just seven years.”

Brisbane Lions CEO Greg Swann said that the arena will bring a “transformative impact” to the club, the AFL women’s matches and the supporters of this sport in Queensland. On the other hand, Ipswich Mayor Teresa Harding said that the location is perfect as it is beside the train station and the booming eastern suburbs.

Brighton Homes Arena will also be used for various AFLQ community programs and the NEAF.