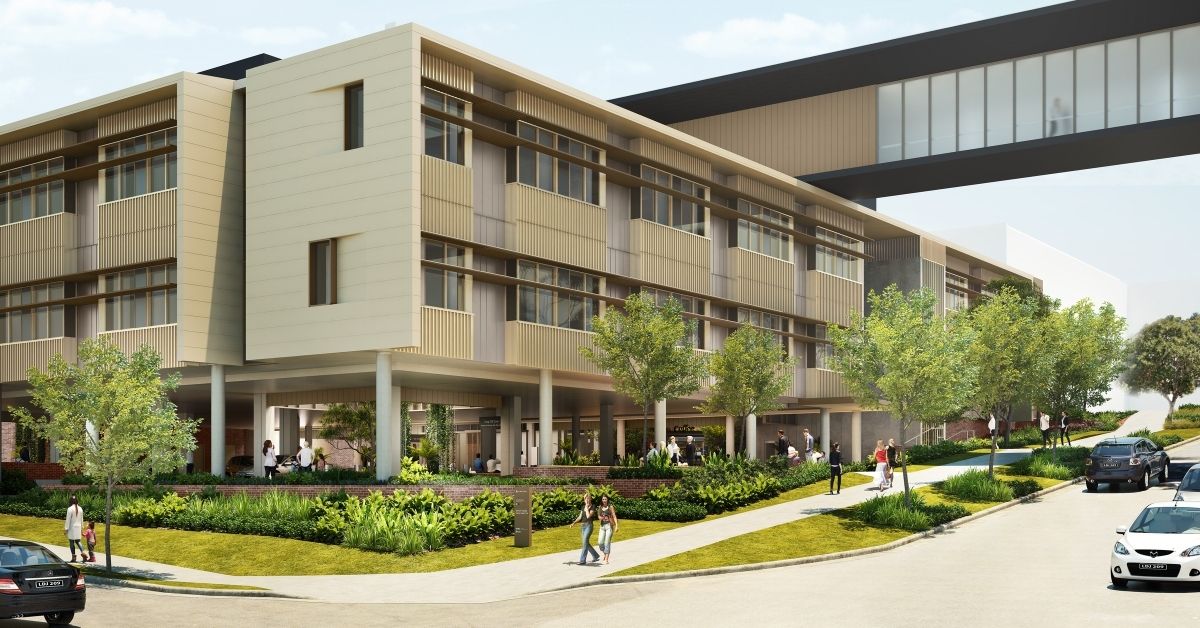 Work on a 50-bed Acute Mental Health Unit (AMHU) will start at West Moreton Health amidst the government’s commitment to expand the Ipswich hospital precinct.

The AMHU, which is part of the Stage 1 expansion and was funded $91 million, is set for construction in mid-April 2021 with a projected opening date for late 2022. Minister for Health and Ambulance Services Yvette D’Ath confirmed that BESIX Watpac will build the three-storey facility.

Designed with three courtyards for the patients and their families, the mental health unit will also be surrounded by native trees, shrubs and a bush tucker garden.

“When staff and consumers transition to the new building, the existing mental health unit at the hospital will be demolished,” Member for Ipswich West Jim Madden said. “An enclosed overhead bridge will link the new facility with Ipswich Hospital for the safe movement of patients, staff and equipment.

“The demolition will free up valuable land on the hospital site for future expansion and development of the Ipswich Hospital Precinct.”

Apart from the construction of AMHU, the project has moved on to the business case study of Stage 2 of the master plan, putting West Moreton Health a step closer to reaching its goals to provide person-centred care as Ipswich’s population increases.

Experts predict that in 15 years, more than half a million people will consider West Moreton in Ipswich their home, doubling the region’s current population.

“The Palaszczuk Government has invested more than $146.3 million over 5 years for Stage 1 of the master-planned expansion of Ipswich Hospital and related health services to meet the needs of the fast-growing region,” Ms D’Ath said.

“Delivering the master-planned Ipswich Health Precinct has been a top priority for the Palaszczuk Government because it means that locals will have improved access to top-quality healthcare and create local jobs along the way.”